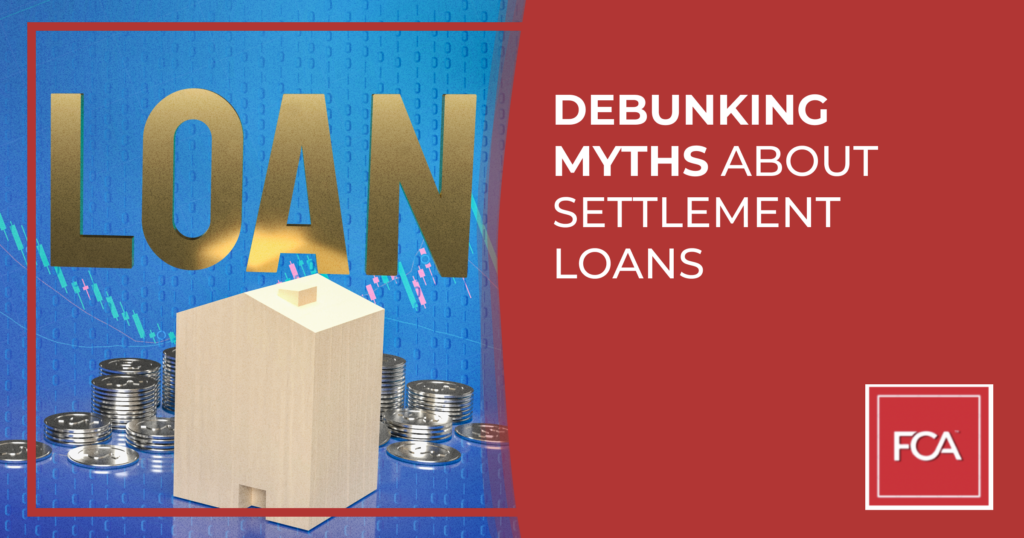 If you’ve been in an accident, are out of work, and are short on cash, filing a lawsuit can be challenging. But your attorney is pushing the prospects of a valuable settlement. At this point, you may have been encouraged to pursue settlement loans. However, they seem too good to be true. There are lots […]

What You Need to Know About the NFL Concussion Settlement 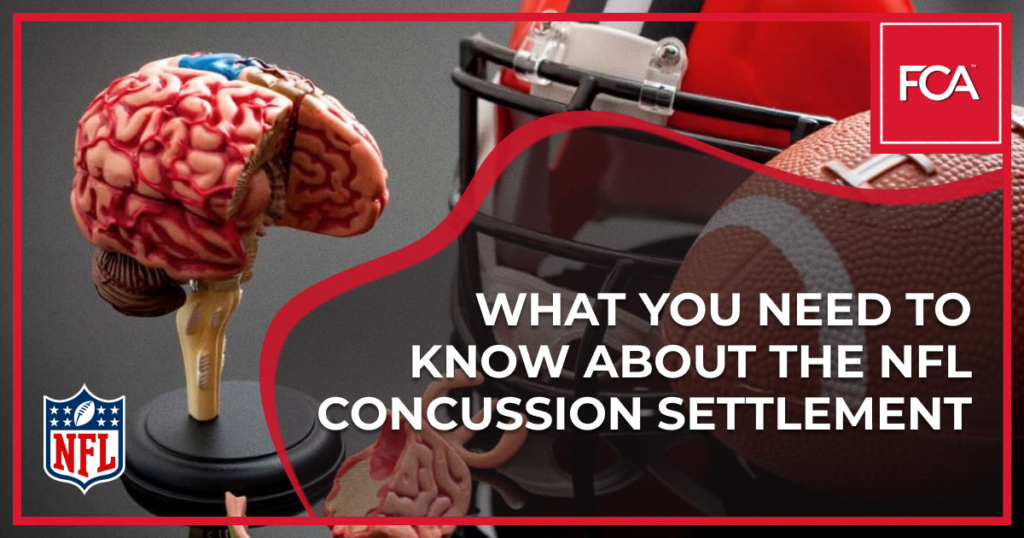 Fund Capital America provides legal funding for a wide range of cases, including NFL concussion lawsuits. Concussion claims aren’t uncommon in football. Over 20,000 retired players and representative claimants have registered with the NFL Settlement Program as of September 2022.1 However, race-based adjustments in dementia testing have made it difficult for Black retirees and working […]

Can I Sue If Injured in a Rubbernecking Accident? 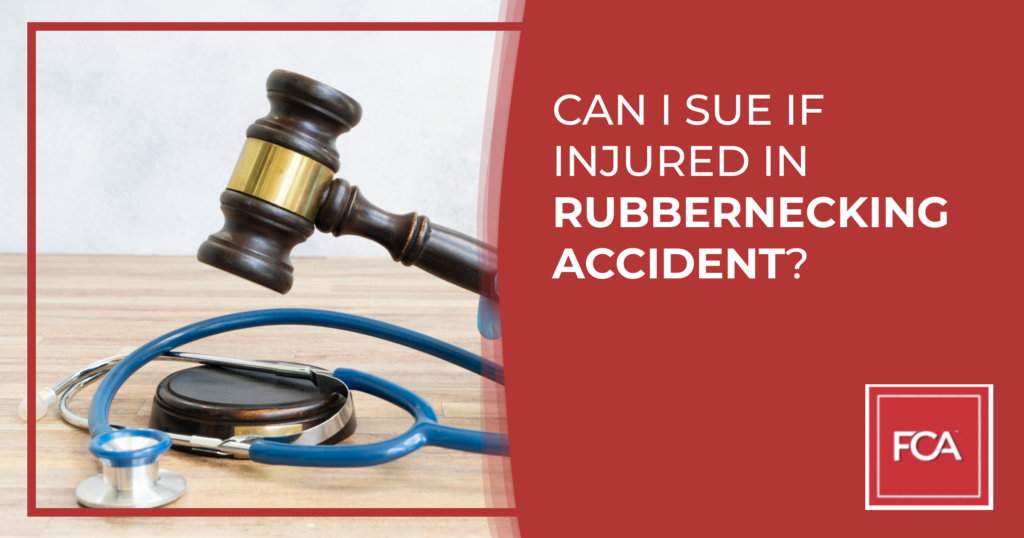 A form of distracted driving (and negligence), rubbernecking is a common cause of car accidents. In fact, it’s one of the most dangerous activities while driving and can lead to a lawsuit if it causes an injury. Some perceive it as harmless, but rubbernecking can result in serious and fatal accidents, and itself often involves […] 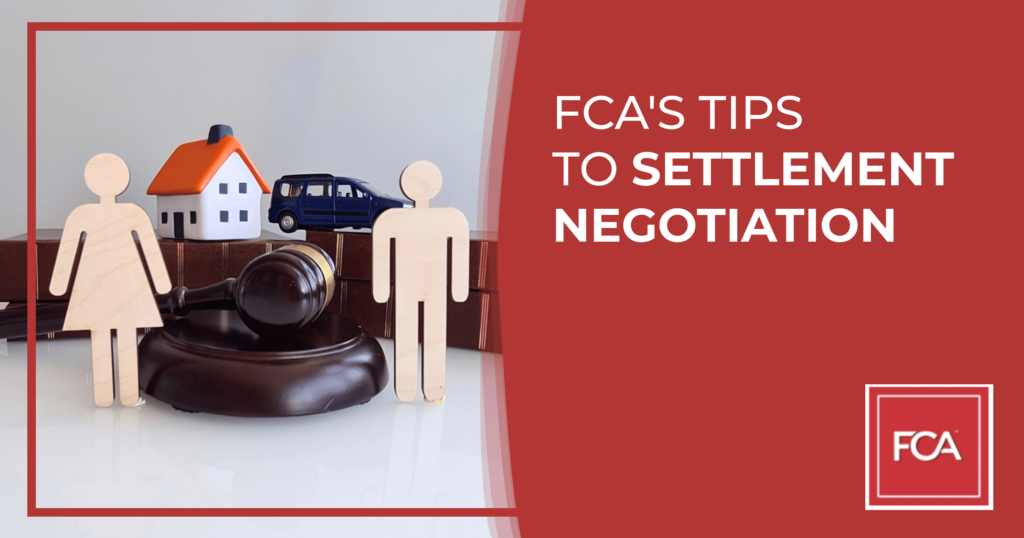 Negotiating a settlement can avoid going to trial and, in some cases, eliminate the need to file a lawsuit. Therefore, settlement negotiation can dramatically speed up your claim. It may also save a great deal by reducing attorney’s fees and avoiding court costs. If your attorney has advised you to weigh a settlement, here are […]

How Long Does a Lawsuit Take to Settle? 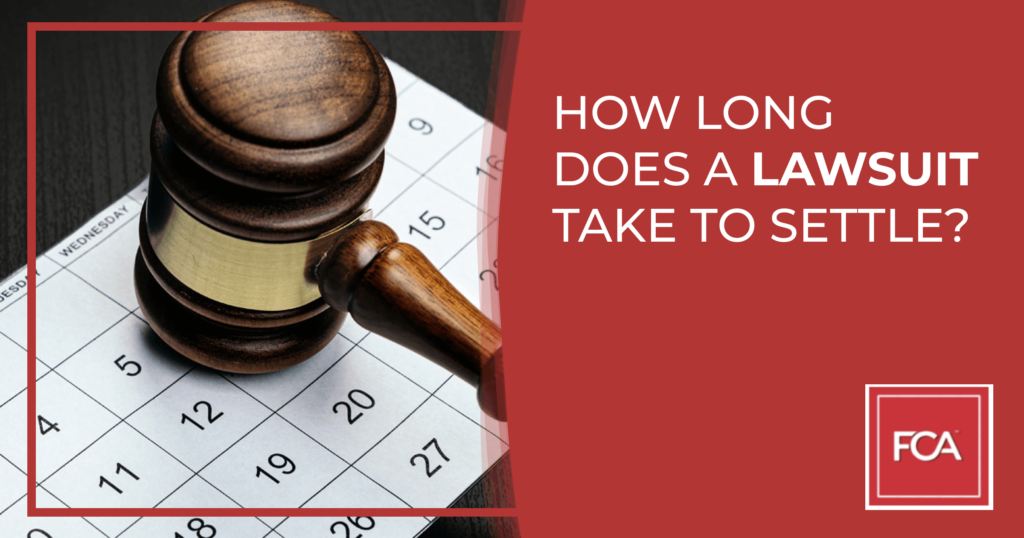 After you experience a personal injury, a lawsuit may seem like the best option. But it’s important to know that the legal process takes time. It’s generally 1 to 3 years before you can collect any proceeds from a settlement. Whether you have an auto accident, slip and fall, medical malpractice, product liability, or other […]

How Does Litigation Funding Work? 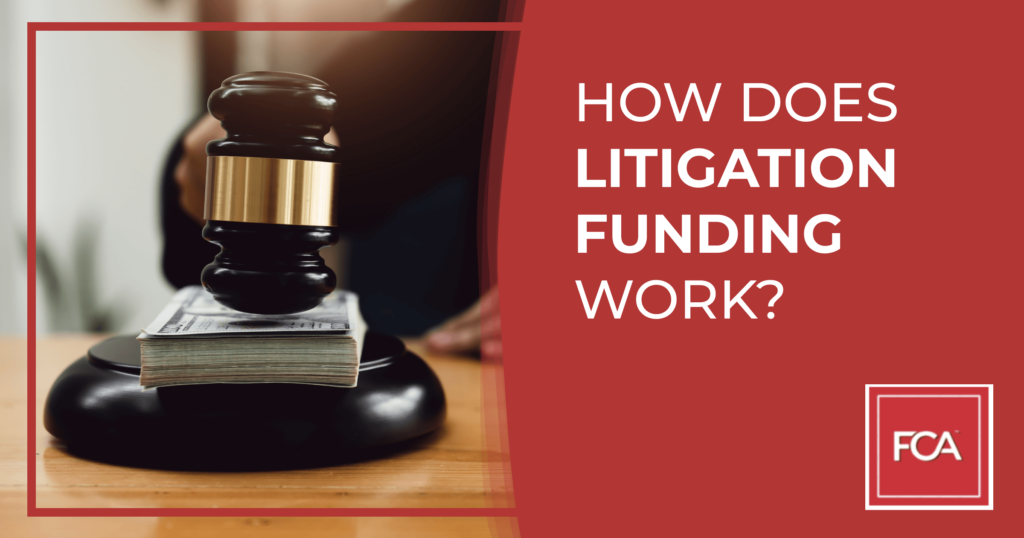 Litigation funding allows plaintiffs to pursue a lawsuit by providing them with the capital they need. This capital is provided by a third party who is unrelated to the lawsuit or claim. In return, the funding company receives a portion of any financial recovery obtained from a settlement or court judgement. Funding companies often make […]

How to File a Claim for an Animal Bite 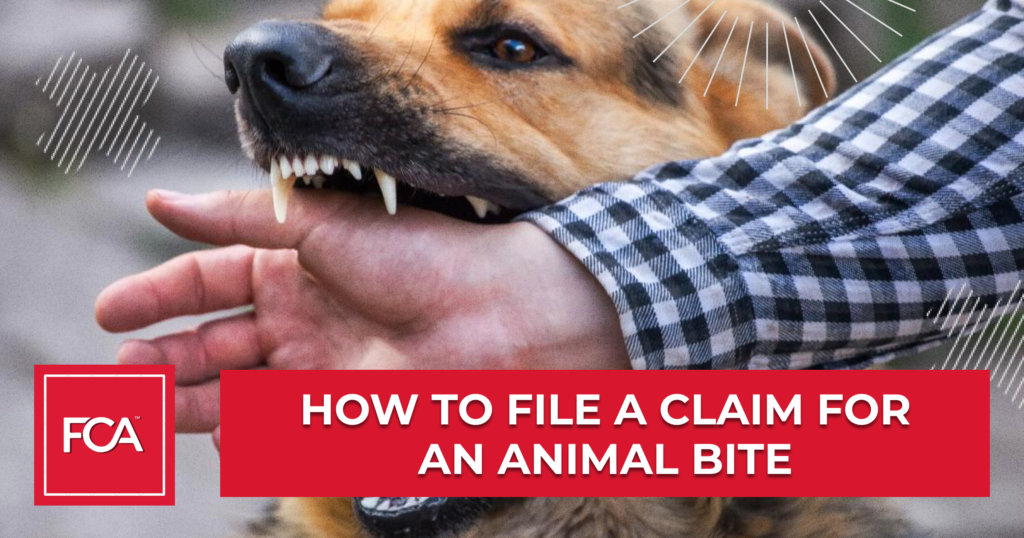 Filing a claim for an animal bite is often a difficult decision. But of millions of people bitten by dogs and other animals every year, many of them require medical attention. While most dog bite cases are settled out of court, victims are often friends with the dog owner or fear something could happen to […]

HOW DOES A STRUCTURED SETTLEMENT WORK? 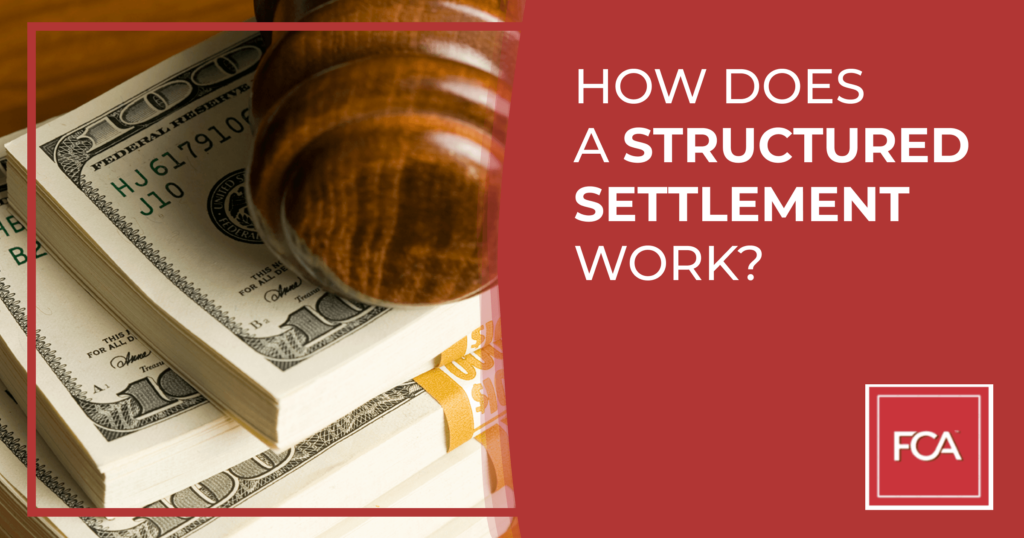 A structured settlement, also known as a structured settlement annuity, enables a personal injury plaintiff to receive the proceeds of their compensation as a series of smaller payments over time, instead of as a lump sum. Periodic installments are not subject to income tax. The idea is to provide long-term financial security to someone who […]

WHAT QUALIFIES AS GROSS NEGLIGENCE? 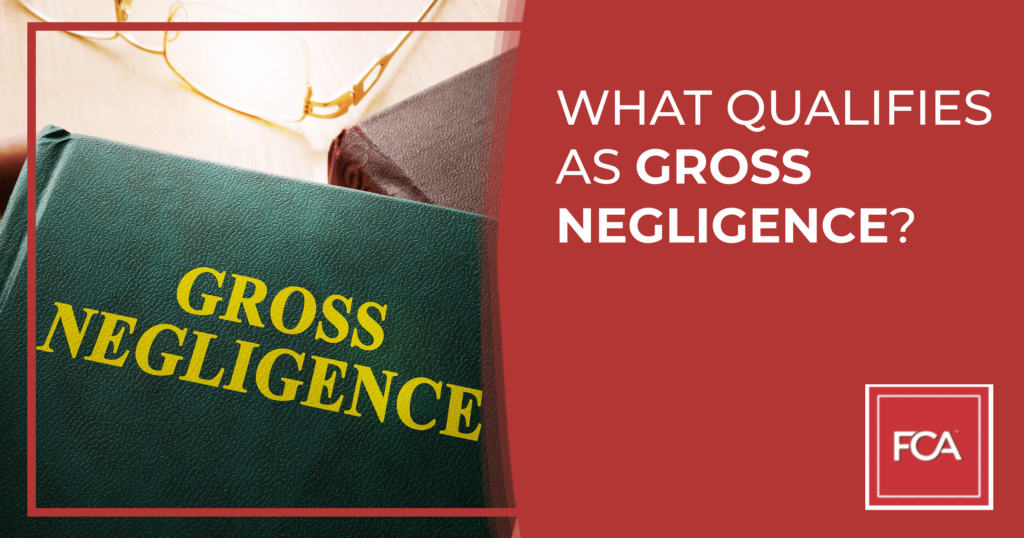 “Gross negligence” is a term often used in legal cases. To prove a party’s negligence, it must be shown they had a duty to take precautions to protect you under the circumstances, breached that legal duty, caused injury by some action/inaction, and this directly caused you harm. These four elements are required to file a […]

Does a Pre-Settlement Loan Charge Interest? 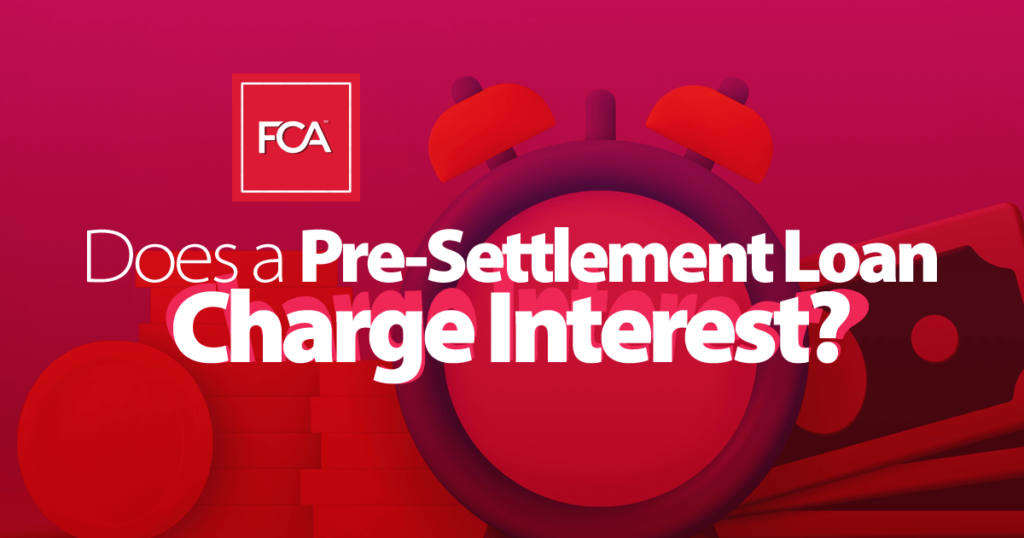 What’s often referred to as a pre-settlement  loan isn’t like a traditional loan. You don’t pay it back unless you win, and you pay nothing out of pocket. The cash advance is paid back out of the proceeds of your settlement. But like a loan, pre-settlement funding companies do charge interest and an origination fee. […]